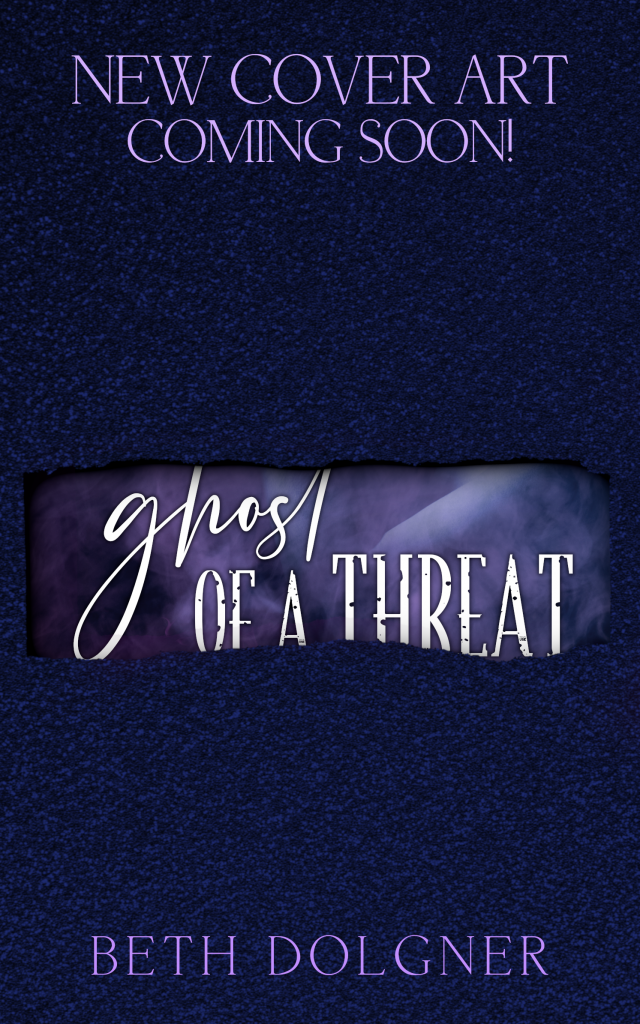 THERE ARE WORSE THINGS THAN GHOSTS IN SAVANNAH.

A violent haunting forces Betty to team up with her rival ghost hunter, the arrogant Carter Lansford. When the violence is turned toward her, though, Betty knows she needs additional expertise. She enlists the help of a handsome stranger, who introduces himself simply as Maxwell, Demon.

Betty's ghost hunting is cut short when she's threatened and, finally, attacked. Either someone wants her to stay away from an investigation, or a demon hunter is targeting her. As Betty begins to fall for Maxwell's mysterious charm, she starts to wonder if her life--and her soul--are worth the risk.

While Maxwell talked, he absently rubbed the thumb and forefinger of his free hand together. A few bright sparks of flame erupted from his fingers; tiny pinpoints that disappeared nearly as quickly as they were created.

I’d thought that his trick during our first dinner together had been just that: a clever trick that would have made a veteran magician jealous. Now, though, Maxwell seemed almost unaware of what he was doing, and he certainly wasn’t doing it to impress me.

“What are you?” The words just popped out of my mouth before I could stop them.

“We’ve covered this territory before, I believe.”

“Yeah, that’s the problem,” I said carefully, hoping I wasn’t throwing away all politeness for the sake of honesty. “You believe, but I wasn’t sure I did.”

“I generated fire for you. I got rid of Sam’s demon for you. How much more proof do you need?”

“I thought the fire was a trick of some sort, like maybe you had a lighter hidden in your shirt cuff or something.” Saying it out loud, I realized how unlikely that was. Maxwell had held the flame in his hands; there had been no hidden lighter.

Maxwell didn’t respond, so I continued awkwardly. “As for Sam, well, I just thought you were really experienced at dealing with paranormal entities.”

Maxwell’s eyes were intent on mine, and for the first time since I’d met him I felt real fear. I couldn’t look away and I couldn’t shut my eyes against the sight of his face, his jaw rigid and his pale skin almost glowing. My hand was growing hot, and I realized that it was still entwined with Maxwell’s. His grip hardened, and the searing heat flowed up my arm and into my shoulder. I would have cried out if I hadn’t been transfixed.

It felt like hot coals were coursing through my body. I’m going to be burned to death, I thought. My skin will be charred and my blood is going to boil.

The image of Maxwell’s face blurred as the heat slithered up my neck and into my head. I realized I must be passing out and felt relief: at least I wouldn’t be conscious when my body burned.

My relief soon turned to a new fear, though, as images crept into my mind. I saw flames leaping up from a dark pit, smoke curling around me so thickly that I could feel it brushing against my face. I tried to hold my breath, but still the stench of smoke and sulfur filled my nose. The heat was nearly unbearable, pressing at me from within and without now. I looked down but couldn’t see my body. Instead, I saw the precipice on which I seemed to be standing, the dirty rock scored with long gouges. There were two sets of long scratches, and somehow I knew that fingernails had made those as someone fought against whatever had dragged them into that pit of fire.

I shut my eyes against the sight, and the heat dissipated immediately. There was only one part of me that still felt warm, and that was my hand, which was still clinging to Maxwell. I opened my eyes and he was looking at me grimly, but with sympathy in his eyes.

“Now you see why I wanted to get out of hell,” he said quietly.

Quotes for a Quiet February