I got the final issue of 2Wheel Tuner Magazine in the mail today. I have to admit, it made me a little sad. Even though I only worked there for about a year and a half, the magazine made a big impact on me: I learned a lot, became friends with a lot of new people, made great contacts, and still have work today that stems directly from 2Wheel Tuner.

I started there as Associate Editor, then wound up as Senior Editor – perhaps the most stressful job I’ve ever done in my life. No, not perhaps. Definitely. After the magazine was bought and moved to California, I wound up transitioning to being a freelance writer for them. (I couldn’t make the move to California for a variety of reasons.) From there, I wound up freelancing for DealerNews, 2Wheel Tuner’s sister publication. I still write for them.

It’s hard to see something you worked so hard on come to an end, but all the issues that were produced during my tenure there are on my desk, and I admit I feel a lot of pride about them. The issue I’m most proud of is the June 2008 issue. The entire issue was dedicated to military riders, featuring bikes built for and by members of the military. We got a lot of positive response from men and women deployed overseas for that one. I guess, in the end, it’s that ability to reach people that keeps me writing. The magazine may be gone, but there are other adventures to be had…and to be written about.

Writers are a Sentimental Lot

Never Too Busy to Blog 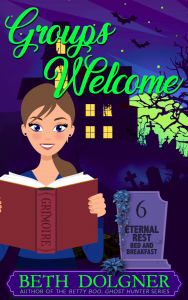