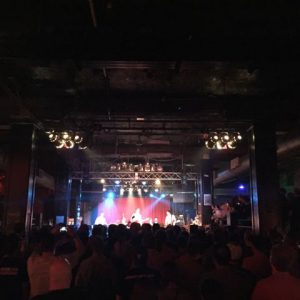 It all started on a Saturday night – well, Sunday morning – at 2:30 a.m., while sitting in the drive-through line at Krispy Kreme. We had just left the Masquerade in Atlanta, where Frank Turner and the Sleeping Souls had played the relatively cozy space in Hell. It was the first time we had seen them in such a small setting, and I was amped up when we left.

I was also hungry, hence the late-night donut run. While sitting there in the drive-through, I turned to my husband Ed and said, “We already have tickets for their show in Nashville on Thursday, so we should also go to the two shows before that! We could follow them to three different cities!” 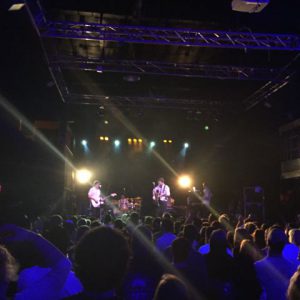 And so we did. Even after some sleep (and donuts), it still seemed like a good idea. Ed and I had light work schedules that week, and we can both do our jobs from anywhere, as long as we have a cell phone, a laptop and a wireless connection. Last summer, we flew to the U.K. to see Mongol Horde two nights in a row, so three nights in a row for Frank and the Souls seemed like the logical next adventure.

We left on Tuesday after lunch, and despite having to drive through the same storm twice (we stopped for gas and it caught up to us), we made it to Wilmington, North Carolina, about the same time that the doors opened for the show.

After a quick dinner, we got to Ziggy’s By the Sea in time to catch opener Made Violent, who have definitely won us over. Frank’s set was a lot of fun, even though it was cut a bit short because of technical issues. (You can see a quick clip of “If Ever I Stray” here.) We were hanging out and finishing our beer afterward, when a couple of the guys from the Souls came out. According to Ed, we bought them some shots. All I know is that Jameson is now my nemesis, and I paid the price on Wednesday. Ugh. 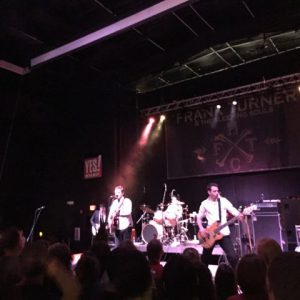 On Wednesday morning, we hit the road to Winston-Salem. For dinner, we met up with an old friend, Joe, who we used to race motorcycles with. It was great catching up, and after some yummy pub food, we were off to the show. Ziggy’s, like its sister location in Wilmington, is a small venue, and we were absolutely loving these opportunities to see the band in smaller spaces.

We had a long drive on Thursday morning from Winston-Salem to Nashville, but at least it’s through really pretty country. Along the way, we stopped in Asheville for lunch with Ed’s friend Trina. We had tapas followed by lattes from a coffee shop housed in an old double-decker London bus.

Nashville’s dinner stop was the San Antonio Taco Company, of course – we go every time we’re in that city. The show that night was fantastic, and easily the best of the four we saw during the week. 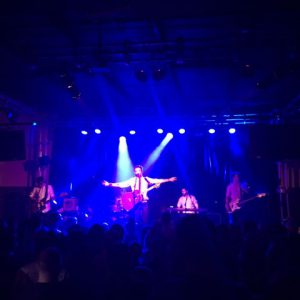 We waited around afterward for Frank to come out. He is so gracious with his fans, and when he got around to us it was hugs all around. When we told him we’d been to four shows in six days, he asked which one of us was driving that night. Ed said he was, so Frank grabbed the bottle of Jameson that he’d been sipping from and handed it to me. I protested that I couldn’t after Tuesday night’s over-indulgence, but Frank insisted. I obliged.

When Ed mentioned that we’d seen Mongol Horde in Manchester and Glasgow last year, Frank’s response was, “That was you?” We assume he meant “the crazy Americans” since we’d tweeted the band about flying over to see them.

Chatting with Frank was the perfect end to a great, if slightly ridiculous, week. It was a little sad to head home on Friday, back to real life. Still, I’m proud of us for not just hatching a crazy plan, but for seeing it through. Life is too short to sit at home. 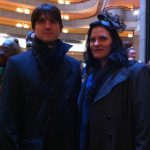 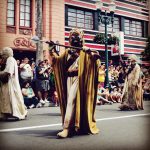