Eat, Drink and Be Nerdy: My Favorite Places in London

I have a lot of friends who are heading to London in the near future, most of whom are attending Star Wars Celebration Europe, so I thought I’d chime in with some of my favorite spots in my favorite big city. I think London is best enjoyed when you get away from the ultra-touristy spots, so you won’t find places like Buckingham Palace or the Tower of London in this list. But if you like gin and good food, you’ve come to the right spot! There are also some places that Doctor Who and Sherlock fans will appreciate. 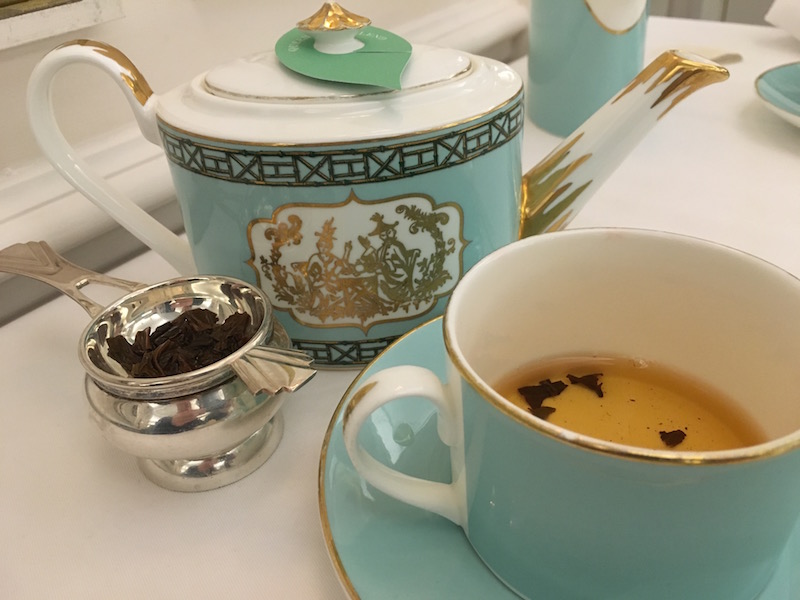 Afternoon Tea at Fortnum & Mason
There are a lot of places throughout London to experience the tradition of afternoon tea, but no one does it with as much class as Fortnum & Mason. Settle into the Diamond Jubilee Tea Salon on the top floor of the Piccadilly department store for a long, elegant, indulgent afternoon. It’s not inexpensive, but you can skip lunch and make this a meal. If the first round of scones, tea sandwiches and sweet dainties aren’t enough for you, there is also a dessert cart. Really hungry folks can ask for seconds—it’s included in the price.

Fortnum & Mason has several tea options, ranging from simple to champagne-fancy. The salon is a popular spot, so book your reservation online.

You should note that most U.K. pubs and restaurants do not serve food in the middle of the afternoon. They have set lunch and dinner hours, so if you wait too long to find some lunch, your best bet will be a quick-service place (coffee shops like Costa will have sandwiches and other light fare) or pop into a grocery for a prepared meal to go.

Waterstones in Piccadilly
I know what you’re thinking: what’s so special about a Waterstones book store? If you’re a book lover, you’ll understand the moment you walk into their Piccadilly location. The beautiful old building houses six floors of books, making it the largest bookstore in Europe, and there are plenty of couches and comfy chairs scattered around. There is also a café on the top floor, with big windows that offer a glimpse of Parliament and Big Ben in the distance. The café serves an inexpensive and informal afternoon tea, so budget-minded travellers can take tea without breaking their wallets. 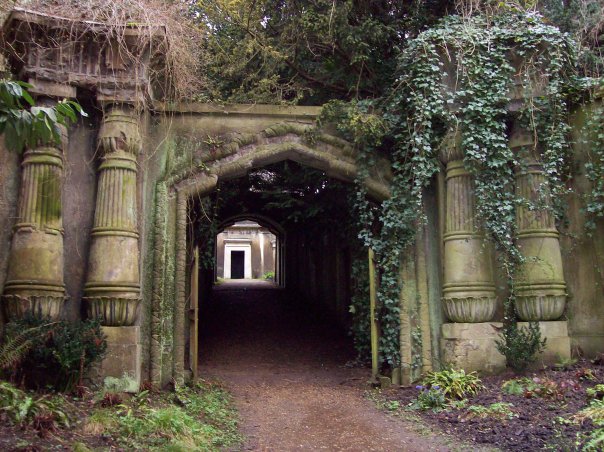 Tour Highgate Cemetery
Highgate Cemetery is my favorite place in all of London. One of London’s “Magnificent Seven” Victorian garden cemeteries, Highgate is the grandest of them all. The cemetery is divided into two halves. You can wander the East Cemetery on your own and keep an eye out for its most famous resident, Karl Marx. The West Cemetery is the older and more spectacular part of Highgate, and it’s only accessible by a guided tour. The reason? The paths and headstones are so overgrown that it’s unsafe to wander alone. The place looks like the setting for a gothic novel, and you’ll feel worlds away from the busy, modern London just outside its gates. For some very weird (I’ll let you decide what to believe) Highgate history, check out the story of the Highgate Vampire. West Cemetery tours last just over one hour and advance booking is required.

Camden Lock Market, Amazing Bagels, The 12th Doctor and Gin
Camden is probably my favorite neighborhood in London. There are a lot of eclectic shops, and the place is delightfully dilapidated and offbeat. You’ll lose count of the number of tattoo/piercing studios that you’ll pass.

The narrow alleys around Camden Lock are full of vendor stalls, selling everything from goth and punk clothing to your typical tourist fare. However, it’s the Camden Lock food stalls that are the real draw. If you can’t decide what to eat, don’t hesitate to get a bagel sandwich from Ghetto Grillz. They are known for their reuben, but it’s the bagel itself that really impresses. Ghetto gets their bagels from Beigel Bake on Brick Lane in Shoreditch, and they’re unlike anything you get in the U.S. The very traditional Jewish recipe is incredibly tasty.

Next to the food stalls you’ll find the small shop for Half-Hitch Gin, a local distillery that opened in 2015. Pay for the tasting and see what gin made with Earl Grey Tea tastes like. (Spoiler alert: it’s good. Really good.)

If you’re a big Doctor Who fan, you can also visit The British Boot Company in Camden. This is the store where Peter Capaldi bought the Loake Brogues that his 12th Doctor wears. Shell out enough money and you can own a pair, too.

While you’re in the area, you can also check out the Portobello Road Market, a street market that can get excessively crowded on weekends. You might have more fun wandering the shops along the street, especially if you like vintage clothing. If you want a permanent souvenir, the tattoo artists at Love Hate Social Club are great to work with, though some of them book out months in advance. I can’t say enough about Mel Szeto’s incredible black and grey work. 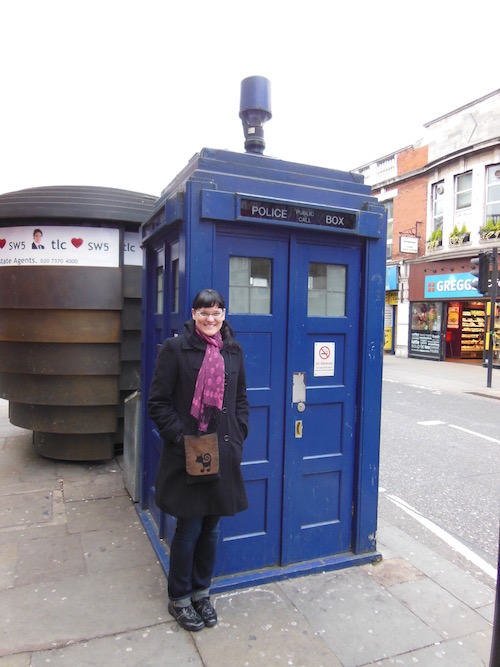 Find the TARDIS…
Okay, it’s not actually the TARDIS from Doctor Who, but there is an old blue police box just outside the eastern entrance of the Earl’s Court Underground station in Kensington. 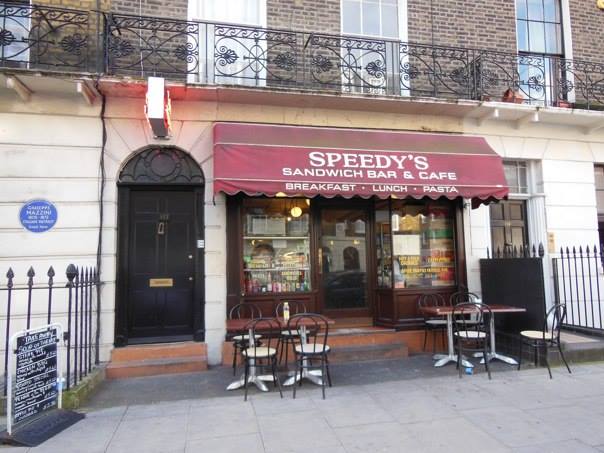 …and Visit Sherlock Holmes
If you’re a fan of Sherlock on the BBC, then you’re familiar with the big blue front door of 221B Baker Street and “Speedy’s Cafe” next door. That 221B façade can be found at 187 North Gower Street, not far from the Euston Square Underground station. There really is a cafe next door, with both table service and a to-go counter, so you can pop in to make a purchase and gain instant bragging rights. If you want to find more Sherlock filming sites, including directions to them, check out Sherlockology.

If you’re heading to London, have a great trip! Grab a tin of pistachio and clotted cream biscuits at Fortnum & Mason for me, will you? 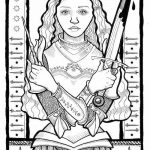 “A Talent for Death” Debuted Today! 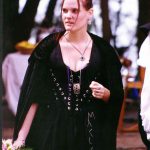