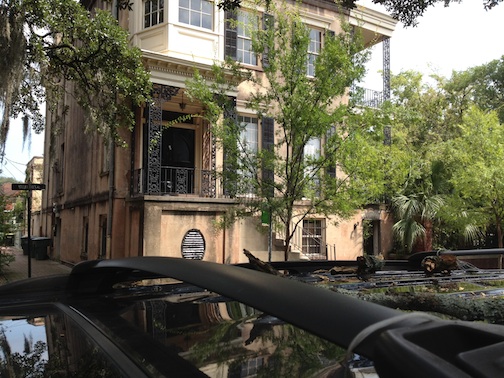 Savannah resident and author Susan M. recently shared this story and photo with me about 432 Abercorn. Is it paranormal or just a huge coincidence? Susan doesn’t know, but it proves that strange things can happen, even in broad daylight!

“I grew up in Savannah, married, and raised my children there. I had never heard anything about this house despite having been on many ghost tours, having been to the Massey School countless times, and am a writer myself.  I recently heard that the house at 432 Abercorn was haunted and on Monday, August 13, 2012, my daughter and I were downtown and decided to drive by and have a look. It was a sunny day at 3:15 in the afternoon, and there was not a breeze in the air. We approached Calhoun Square from the north. We were chatting about the movie we had seen being filmed a couple of squares over. As we passed the Massey School, going a couple  of miles an hour, I remarked that it was a pretty house. As we got closer I commented that the windows looked kind of evil. As we passed the house my daughter said, “I’d like to live there.” No sooner then the words left her mouth then a great weight crashed onto the roof of our SUV causing the entire car to shake. I slammed on the breaks. After making sure we each were okay, we got out and looked on the roof of the car. There was a oak limb. From the way the car shook I would have expected it to be the size of a human body, but it was only the size of my forearm. Sure limbs fall in Savannah every day but what are the odds of that timing, and on a clear sunny day, when we just happened to be riding by a haunted house.”

There’s a Ghost in my Carpaccio 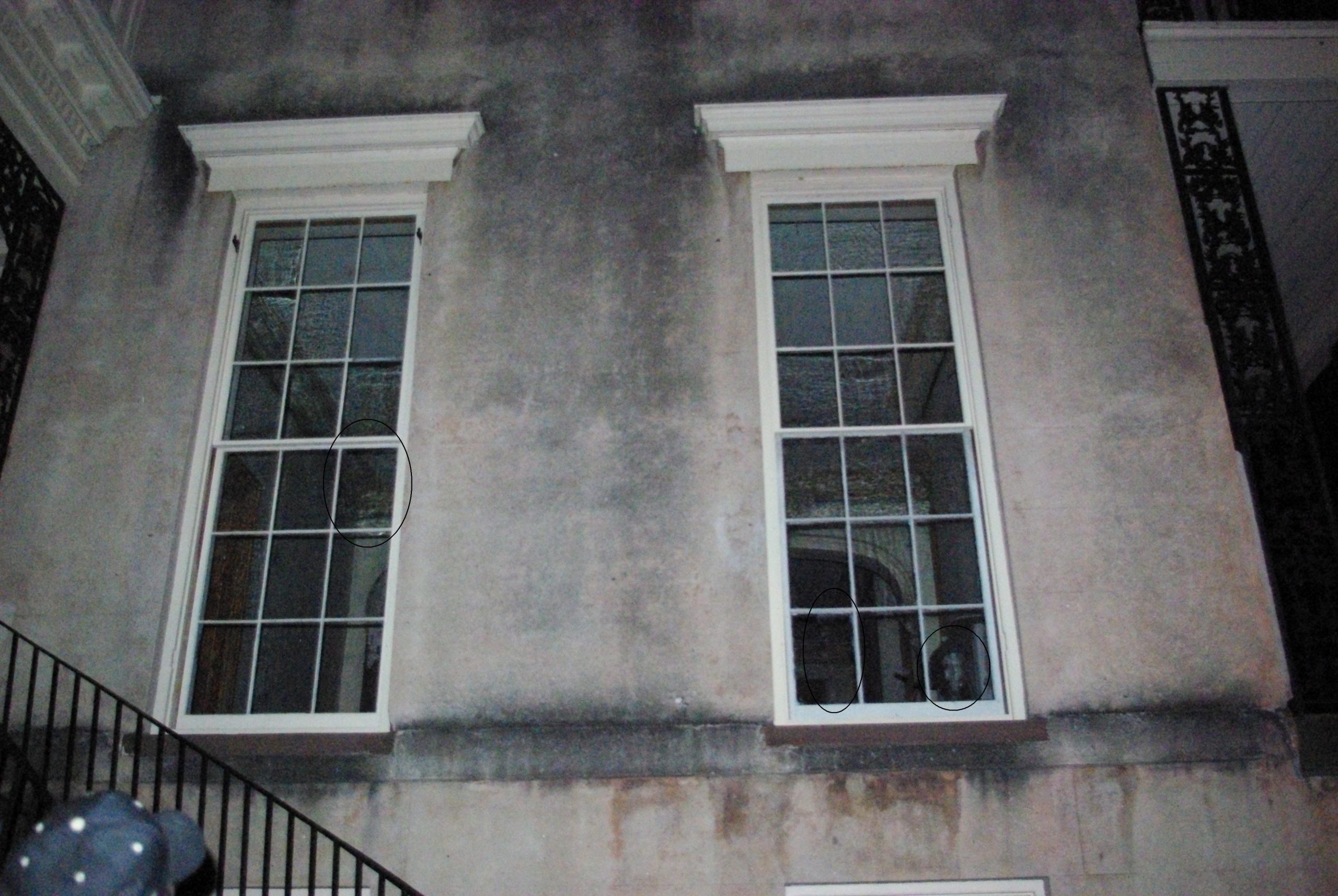