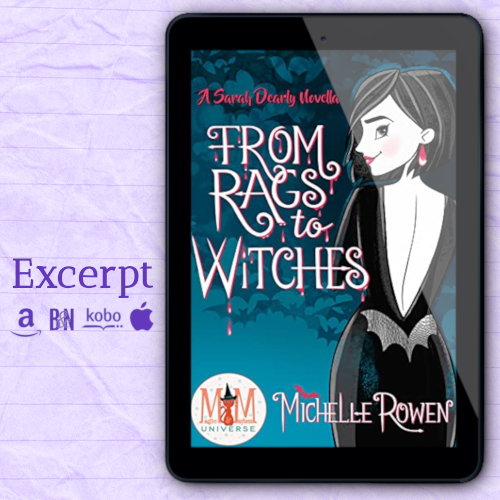 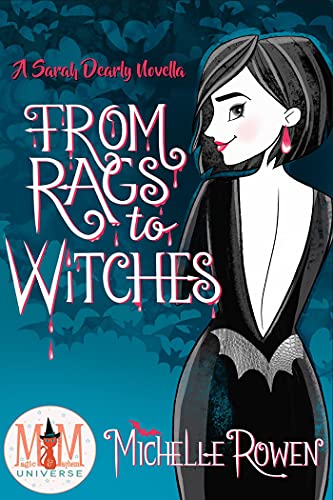 Vampires and witches and (super cute) magical shoes. Oh my!

After months on the road assisting my tall, dark, and fangsome husband Thierry, who’s currently a consultant with the vampire council, we’ve solved a bunch of mysteries and narrowly averted disaster at every turn. Now, I’m seriously in need of a vacation somewhere with plenty of palm trees and B-positive cocktails. But apparently, there’s no rest for the wicked.

Thierry’s next assignment is to head to West Virginia to a town called Assjacket (yes, seriously) to convince the wandering wife of a council leader to go directly back to her man, do not pass go. Sounds simple, right? But when Thierry gets swept off by the boss-witch Baba Yaga for an official tour of this paranormal paradise, I’m left to keep an eye on the runaway wife in question—one whose warlock boyfriend may be romancing her as part of his plan to destroy the vampire council…starting with Thierry himself.

What follows is every bit as wacky as Assjacket’s name, including an impromptu supernatural shopping spree, enchanted high heels, and a magical spell that has me desperately seeking help from a trio of chatty cat familiars. It’s going to be a race of good versus evil to save Thierry, defeat an evil warlock, and keep myself from going seriously batty in the process.

FROM RAGS TO WITCHES, a paranormal cozy mystery by Michelle Rowen in the Magic and Mayhem Universe.

From Rags to Witches by Michelle Rowen

KEEP READING TO SEE AN EXCERPT!

FROM RAGS TO WITCHES
An Immortality Bites Novel
© 2021 Michelle Rowen

I blame the shoes for everything.

To be fair, they were absolutely gorgeous, sparkling in the boutique window, beckoning to me like a pair of glittery designer-labeled sirens. For the last four months, I’d worn sensible footwear ninety percent of the time, as part of the extremely minimalist selection I’d toted with me on my travels.

“Greetings, Sarah Dearly,” I imagined the shoes cooing at me. “Aren’t we lovely?”

“You certainly are,” I agreed.

Just as I reached for my credit card, I heard a familiar voice in my left ear.

This exclamation was followed by a crushing embrace that I didn’t have time to defend myself against.

A wave of guilt immediately crashed over me as I wrenched my gaze away from the high-heeled sparkle to the face of my blonde best friend, Amy.

“I didn’t know you were back in Toronto. Why didn’t you call me?” she demanded, her sky blue eyes sweeping over me from foot to fang.

“I haven’t seen you in a million years!”

“It’s only been four months,” I said carefully.

The last time I’d seen Amy, she’d been at the airport with her husband, jetting off to the other side of the country for a shiny new job. Unfortunately, it hadn’t worked out as incredibly as she’d hoped, and she’d decided to come back home less than a month later.

“So you’re leaving tomorrow?” she asked.

I nodded. “Bright and early.”

“Where are you headed off to now?” she asked.

“Not sure yet.” I half expected her to freak out on me for not making plans with her the moment I got back. I had planned to call her and maybe grab drinks tonight. But I’d slept twelve solid hours last night in my own bed, which was a fluffy oasis of luxury after spending months in hotel and motel rooms of varying degrees of comfort.

Amy nodded. “Well, it sounds like you have time to at least have a coffee with me. Like, now. Now or never, right?”

We headed to the closest coffeehouse and got a table in the corner with a good view of Bloor Street. Amy ordered drinks for us, and I was mildly surprised she got mine right.

“Black coffee, no cream, no sugar for you,” she said, placing the mug in front of me. “And a Pumpkin Spice Latte for me, extra whip. Yum.”

I eyed her drink with envy. Some vampires could tolerate human foods, but I wasn’t one of them like Amy was. Therefore, black coffee was my go-to hot drink for the rest of eternity. And one day, I hoped I’d actually get the taste for the bitter brew.

“Tell me everything that’s going on with you,” I said to her.

Amy shook her head. “You first. You’re the one with the jet-setting, millionaire lifestyle now.”

I literally snorted out loud at that. “Hardly.”

Amy dunked her finger into the whipped cream crowning her coffee, and licked it thoughtfully. “I guess I don’t really understand. If Thierry’s the one who’s a consultant for the Ring, why do you have to travel with him all the time? Sorry, I guess I just miss you.”

I reached over to grab her hand. “I miss you too. And I…I don’t have to. I mean, I don’t have to do anything. But I want to. Thierry’s job for the vampire council is to deal with vampire issues, making sure they don’t escalate into something really messy. And I help him whenever and however I can.”

Her eyes widened. “Messy, how? You mean, dangerous?”

I chewed my bottom lip as I considered how much I wanted to share with her. About the vampires, ghosts, witches, demons, and other supernatural things that go bump—and sometimes thud—in the night. And, quite often, also in the day.

I waved a hand. “You know, just bureaucratic stuff. Nothing really dangerous.”

A long silence fell between us, and I watched as a shadow fell over Amy’s previously bright expression. “By the way, I’m furious with you,” she said.

Her eyes narrowed. “How could you get married without me by your side? Especially in Las Vegas! You know that’s always been my dream.” 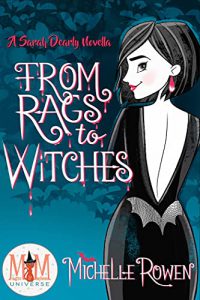 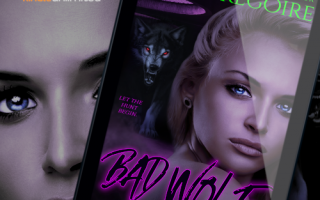 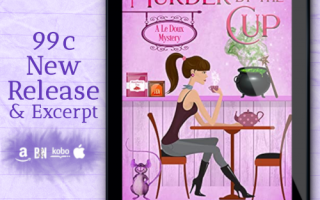 99c New Release! Murder By the Cup by Abigail Thornton 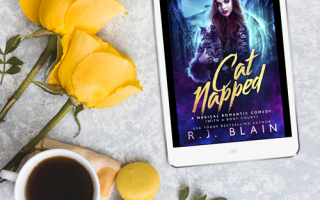